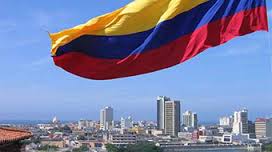 Colombia is being recognized as a premier regional hub for retail expansion and retail businesses in the Latin American markets. More then 30 international retail brands are seeking expansion in the South American country, and soon more retailers will be seeking Colombia as a permanent destination as well.

Colombia has seen an increase of 6.2% in retail sales within the past  two years dated from (2014) statistics; which was reported  in it’s paper, (credited by El Tiempo, Colombia’s largest periodico “newspaper”). In 2015 Colombia became the third largest economy in Latin America behind Brazil and Mexico, so Colombia being a retail business power house, some would say it is a natural progression, and Colombia’s middle class has greatly been strengthened by eocnomic developments established within the country. -SB