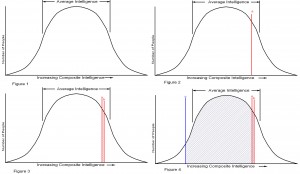 A Quick and Easy Recipe for the Technologist

For those of us without a technical foundation, we fail to appreciate the impact of those electronic boxes setting on our desks, with their TV like screens, keyboards and mice . . . they’ve had on our society. For most people, the personal computer is a plaything used with the internet. In a world with ever expanding automation, people have come to think that an iron man robot from the movies is required to displace them. They know that such machines are still in the future and hence feel safe that they can’t be replaced by a machine.

Over the years, I’ve heard many people exclaim, “Why did they lay those people off? They’ll just have to hire them back! Who will do the work, if they don’t hire them back?” They say that, because they’re thinking in terms of that iron man robot. Unfortunately, reality is far different from perception, indeed the process can almost be explained as a recipe for the technologists.

When I first started my engineering career in the early seventies, the department manager of a major retailer such as Sears, Montgomery Wards, JC Penneys and smaller ones I can no longer recall . . . could make an OK living. Not really good . . . but not really bad either. This is because a department manager had a number of responsibilities. He (almost all were men at that time) determined what products would and would not sell in his area, how much inventory was needed, when to order and how much, what was seasonal and what sold year round, how the inventory should be displayed, when something was selling too slowly and needed to be discounted . . . all the intellectual tasks associated with retailing in the traditional “mom and pop” store.

Not everyone could do this work. There was a certain minimum intellectual level required to do the job. If we could quantify the intelligence of people, not just the traditional IQ, but also such things as people skills, mechanical ability, word skills (verbal and written), music talent, education, motivation and self discipline- all the things we do over and above what a monkey does. If it was possible, we could measure the number of people verses their intelligence level, and as you might expect, get a frequency distribution as seen in Figure 1. Toward each end, we get fewer and fewer people, with most people somewhere in the center. People like Beethoven and Einstein would be on the extreme right, while those with sever learning disabilities on the left. Mind you, there really isn’t a Composite Intelligence measurement, we are just using this concept for illustration.

Now, a traditional retail department manager requires some minimum intelligence level for his job, which we represent in Figure 2 as a red vertical line marked ‘a’. People to the right of this line could do this job, but there is also a Composite Intelligence level where no one will do the job. For example, people like teachers, doctors, engineers, lawyers . . . people who were able to work in career fields with higher salaries. We represent these people with another red line to the right of line ‘a’, marked ‘b’ in Figure 3. Therefore, the number of people available is represented by the red cross hatching between lines ‘a’ and ‘b’.

Supply and demand! For a relative constant demand, a small supply means a higher price. That’s why department managers from my youth, could make an OK living. The number of people capable of doing the job was sufficiently small to keep their price (salary) up.

Now, if you go to a modern retailer such as Walmart , who was one of the pioneers of the technology now widely used in retailing, you can see the impact of computers. Workers get a computer printout showing where each of those steel shelves goes. Then another saying where each hook goes- 14 up and 27 over, 46 up and 19 over, for each and every hook. Then another computer printout showing on which hook each SKU (the bar code inventory number on each item for sale) item is hung. Computer systems determine what will sell in each store location, how many needs to be on hand, what is seasonal and what levels of inventory require reordering. The reordering is also automatically done by computers from the store to the warehouse.

When you pull an item off its hook, and pay for it, the cashier scans the bar code on the item. The cash register isn’t really a cash register in the traditional sense, rather it is a computer terminal which tells another computer that the item is being purchased. That computer then deletes it from its inventory, decides if the inventory is now too low, and reorders that item if below minimum level and isn’t going out of season. Indeed, before you reach your car, the computer system may well have reordered more of the items, thereby starting the process of other computers pulling more inventory from the warehouse bins and routing it to the truck which delivers to the store.

With computer systems now doing the bulk, if not all of the intellectual chores, the required Composite Intelligence level for the retail worker, is considerably lower than line ‘a’. The blue line ‘c’ in Figure 4 represents the new lower limit of required Composite Intelligence, with the area between blue line ‘c’ and red line ‘b’ the number of people who can now do the job of a traditional retail department manager. We fill that area with blue cross hatching to make it more apparent.

A variation of this recipe is to use technology to allow a single human to do the intellectual work of many. The draftsman and accountant (or book keeper) are prime examples. Using computers and specialized software, one person can now do the work of a dozen or more people. What had once been good paying, sought after jobs are now just above subsistence pay, just because one can now do the same work of many. That’s why people aren’t rehired to do the work, so over the years the Golden Rule of Automation has become:

If you want something done right . . . get rid of the human!

That’s how the world has been going for decades. That’s what most people don’t appreciate. You don’t need to build that iron man robot as seen in movies, rather you only need to replace the human’s upper level intellectual functions, and this is what has been happening for the last thirty years. All across our economy, we have been displacing people left and right with technology. Where have these people been going? The solution is the so call service economy. Since the first oil crises in the early seventies (start of the decline of American manufacturing), people have been migrating into hyper consumerism where they work to support other consumers, who in turn work for other consumers, that work for other consumers. No one creates any real material wealth, rather money just circulates around, and because of the multiplying effect of circulating money, the economy seems to grow and be healthy.

The fly in the ointment is hyper consumerism rests firmly on a foundation of cheap and plentiful resources, in particular . . . oil. So what happens if we lose the oil? Where will these people go next? For when the oil is lost, the real value and worth of most Americans will come to an abrupt and sudden end. And none of those governing us seem to even be aware of this recipe, the consequence it holds for us, and most importantly, what’s to be done with the preponderance of surplus obsolete people we now have.

Then came the first technology displacement of herdsman, where humans either followed wild herds such as the plains Indians and buffalo or Lapplanders with their reindeer, or herdsman of domesticated animals such as the shepherds of the biblical lands. This technology allowed us to feed ourselves marginally better than hunter-gatherers, and thus reproduce better. Then came the first agriculture where hunter-gatherers would spend some amount of time in one location to grow some foodstuff, so again a new technology increased our ability to survive. And then came substance agriculture in the golden crescent of the biblical lands with wheat grain, and in China with rice grain. With this new technology, food production was sufficient for people to remain permanently in one location, with a few people being displaced by this technology to become artisans and make things for others.

Only then did we develop writing and recorded history, and only after many millenniums of technology displacement did we see a significant increase in survival and propagation of our species, something which became known as the industrial revolution. Only then did we have a world that begins to look remotely like the world we now know. Like a brick wall, our world is built up from a foundation of those earlier “technology bricks”, one stacked upon another, each giving strength to the other to form one wall. So what bricks do you pull out to stop technology displacement?

In trying to stop the growth of technology, to stop technology displacement, we face one insurmountable obstacle . . . there isn’t an individual or small group making the decisions. No one is in control, rather decisions are made as the sum of thousands . . . tens of thousands of individuals making decisions in their own self interest. Other than a totalitarian state, there isn’t any way to control technology or limit displacement. The reality is we must continually adapt and change ourselves to an every changing world. We must be ready to move into new jobs and responsibilities, knowing that we will be moving again as technology again displaces us.

So what is to happen to the preponderance of people who will be excess baggage to America if we lose the oil? History has shown it’s usually rather unpleasant- just look at what happened to the Native Americans. One thing is for sure, no one in the government has any ideas, indeed haven’t really given it any thought. And this is rather surprising since the recipe for making obsolete people is so simple. You just:

Look for segments in the labor market with chronic low performance, identify the intellectual functions, then develop and adapt the technologies to replace those upper level functions of most, if not all, of the labor force.