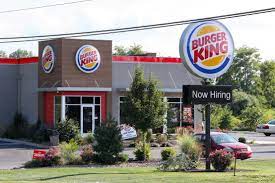 QSR believes they are in the right because in their contractual obligations, there is nothing that stipulates them from having to close because RBI (the parent organization owner) indicates to do so. RBI has maintained that closing the franchise chain, would be a detriment to Russia and its people because of loss of revenue . Burger King has already denounced Russia in its conflict with Ukraine.

Many western businesses have indicated that it is very troublesome to pull their business assets out of Russia. The deals and negotiations in Russia are complex and don’t show a clear favorite angle for American companies. American companies remain in Russia because of the profitability that they can attain from the Russians.

As the escalation between Russia and Ukraine continues, many of the corporations, companies and businesses are on the side lines trying to see what the next chess move will be. -SB