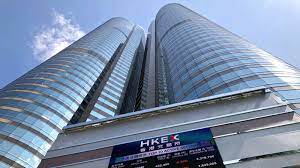 Chinese stocks sold off today March 14, 2022 (Monday) because of panic selling. It is being considered one of the worst trading days on the Hong Kong Stock Exchange, since 2008 financial crisis. The selling was contributed because of the close relationship that have been garnered between China and Russia, since the escalation between Russia and Ukraine.

China has been a close ally to Russia during the turmoil but has also had a long history as being close intertwined business and economic wise. The Hang Seng China Enterprises Index closed 7.2%, wiping over $2.1 trillion dollars of market capitalization. The “wipe out” of $2.1 trillion dollars of market capitalization, is occurring because of the speculation that Russia has asked China for assistance for military equipment. There is also a stigma that Chinese traders believe that Chinese companies will be penalized globally for doing business with Russia, simply not business as usual depending on how high the stakes are. The regulatory worries of international Chinese companies were on front street in today’s sell off. -SB