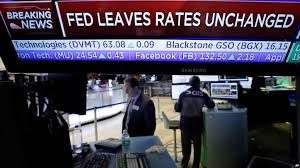 In early months of 2018, the blossoming of a new calendar year,  US President Donald Trump will be able to pick a new US Federal Reserve Chairperson. The current Federal Reserve Chairwoman Janet Yellen’s term will be up in February 2018. Having led the Fed since Feb 2014, Ms. Yellen is the first woman to be head of 103 year old monetary policy system.

The Federal Reserve was instrumental in getting the US out of recession and  the 2008 financial meltdown. Various indexes have gained tremendously under the current leadership of the Fed. The S&P 500 index is currently up 45%. Stock market indexes have correlated with Fed policies for years, sometimes directly sometimes indirectly.  The new Fed chair will most likely have a direct impact on the stock markets and indexes. -SB