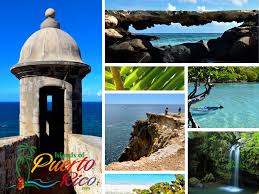 Approx. 13 of the 18 casino’s operating in Puerto Rico are restored; after the devastation that rocked the US island that houses close to 4 million people. Department of Tourism in Puerto Rico, has indicated that cruise and hotel accommodations are nearly restored, insisting that cruises have started departing in and out of ports and harbors.

It’s highly interesting to say the least because more then 85% of the general populace in Puerto Rico is without power and electricity, so the tourism aspect of this revelation is somewhat surprising. Puerto Rico’s tourism accounts for more then $2 billion annually toward the island’s revenue, so at the same token if tourism can get up to speed in production, travelers may revel to tour Puerto Rico, as they have done before Hurricane Maria occured.-SB