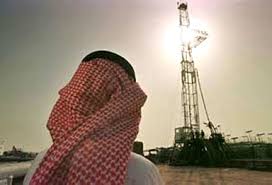 Saudi Arabia has been shortening its dependence on crude prices, even though they have been increasing the production of oil. Saudi Arabia’s budget for next year adheres to 70% of crude revenue.

The Saudi Arabia budget is the first budget in approximately a decade in which oil prices are less then $50/barrel. The truth of the matter is that the Saudi government is ready to face the reality of a declining of oil revenue an d so they have formatted their budget to be indicative of this. -SB