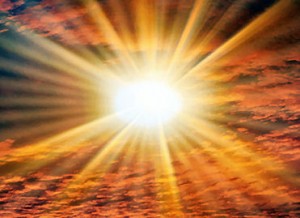 From his first steps onto the National political arena, President Obama has expounded his desire and mission to fundamentally change America, completely failing to grasp that the fundamental change has already occurred. And that change doesn’t include those who the “fundamental change” rhetoric is suppose to rescue and save from the supposed economic tyranny of the capitalistic system. Indeed, as we now see with the 20% to 25% under and unemployed new college graduate students, the millenniums, it doesn’t include a preponderance of Americans. So many are being left behind, left without a place under the sun, simply because they have not advanced to at least the twentieth century.

Like so many of our political leaders, President Obama is a “sixteenth to nineteenth century” man with very little real understanding of the modern world he’s living in, and hence like so many (regardless of political affiliation), has missed the real fundamental change to America. That real fundamental change to America is the automation and technology displacement of people which has been going on since before World War II. In the last half of the nineteenth century, America was faced with sever labor shortages as her economy shifted from agrarian to industrial. America needed more people to work in the mushrooming number of factories creating the modern world we now live in. This problem was address simultaneously on two fronts: 1) Very liberal immigration policies to import new labor principally from Europe, and 2) Development of feedback control systems.

Over the years, there has developed a very romantic myth about how America threw open her doors to the people of the world to give them freedom and liberty in a new land without tyranny. Nothing could be further from the truth! America wanted people to stand in factories and work, to work in construction to build those factories, then the other buildings and structures necessary for a growing economy. No thoughts about liberty and the rights of men, just a real desired to satisfy the growing labor shortages. No desire to make lives better for the masses of the world,

just a need for unskilled and semi-skilled workers at a reasonable price, to continue the explosive growth of the economy that was becoming the super powerhouse of the world.

The second solution to the labor shortage is much less known by the public, simply because so few have any real understanding of the world they live in … the development of feedback control systems. Automation! Machines which can do the work of men with little or no attention, and thereby eliminate the need for highly skilled (paid) labor. Feedback control systems is the technology that allows the designing and building of machines which operate automatically, which were at first completely mechanical, then later used electrical systems, then electronic and finally digital computers to accomplish. It’s a whole engineering science unto itself. And America quickly came to excel at this new science and technology. Silently, unknown to the average man on the street, this technology grew and permeated every aspect of people’s lives, few noticing the new machines or the effects of them. Machines such as gun laying on battleships, dial up telephones, elevators, commuter trains and subways, heating and air-condition of homes and offices, factory production lines, numeric control machine tools … industrial robots. All quietly came into our world with little note, tirelessly doing manual labor jobs better, cheaper and faster than a human, and as long as it wasn’t our jobs being lost, we considered it progress.

But technology grows exponentially, so what seemed like slow steady progress, suddenly was coming as a tidal wave, and then as a tsunami crashing over young and old, and yet people, especially today’s young American millenniums seem oblivious to what is happening to them. America had fundamentally changed, and they hadn’t. So many have prepared themselves for the world of their parents and grandparents, not considering that world no longer exists. It is now gone, never to return. In a world now dominated by those feedback control systems, now driven by the explosive growth of computer technology, millenniums have too failed to advance, and so are now being left behind. And worst yet, so many of our political leaders such as President Obama have absolutely no comprehension or understanding of the world they lived in because they too have so failed to advance technologically. They failed to fundamentally change America simply because they are trying to change an America that no longer exists.

So far, most millenniums fail to appreciate just how very far behind they have fallen, and now being abandoned in droves, simply because they are so primitive, backwards and behind that they cannot make substantive contributions to the society they’ve grown up in. College degrees in hand, but no education what so ever, because the true measure of an education is the ability to understand the world you live in, and in the twenty-first century that means having the sciences and mathematics. Without that, the new citizens of America have very little to bring to the new American economy, which also is fundamentally changing without our leadership appreciating that very important fact.

So why didn’t the bulk of America’s youth advance into the twenty-first century? Why didn’t the leadership of America lead the youth into the twenty-first century? The answer is simple- how can you lead others, when you yourself don’t have any idea where you’re going? How do you tell America’s students they must have those mathematics and sciences, when the leaders themselves don’t have or appreciation them? Those who wanted to fundamentally change

America are so poorly educated themselves that they are unable to understand the world they live in and are suppose to govern. So many young Americans have been left behind … abandoned … because America’s leadership, regardless of political party or if liberal/conservative, has so very little real understanding of the world they now live in or what the youth of America needs if they are to have that place in the sunshine that their parents and grandparents had.

So how does the youth of America find a place in the sunshine? Or will they ever find any place under the sun?