“The Art of Winning in Trading: If There Is One” 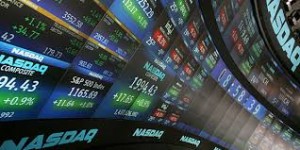 Is there such a thing as an art form in day trading??? In regards to trading any financial instrument?

Is it knowing your entries and exits, or positioning you to attain a profit or exit a substantial loss?  What is the art form of trading and if there is an art form, how can one become the Jack and Jill of day trading and trading in general? In trading there needs to be start of two components an active buyer and an active seller. Each party has its own obligations and set of criteria.  When a buyer aligns with a seller a trade presumably is made, and vise versa.  Depending on a particular strategy that one might go for, someone will profit and gain, while someone will fall short and lose, depending on the trade and strategy instituted.

Day Trading some will say has an art form, but the question that lingers is who to say which art is correct or which art is superior/inferior in nature?  When I evaluate the markets on daily basis, I see the financial markets on a technical and fundamental eye lenses per se, I am able to see a little clearer by the trends, financial and earning reports.  I don’t know if that is necessarily an art form, or primary knowing what’s happening with the markets in general.  One can speculate or hedge their positions but using a specific characterization to determine the outcome of the market is unbecoming.  It can be stated that trading has many characteristics, in which people can decide the direction they want to trade in, no one can control the markets, the markets has a mind of its own, it will function at its own discretion, and make up its own rules.

Day Trading is definitely strategic in its essence and its being. It’s the certain strategy that you implement that makes it important for one to succeed or to lose.  How one base his/her strategy is dependent on various factors. One of the factors is timing. Timing is important in because each trade needs to be timed precisely and executed to attain future profits. Once you can time your trades, it is easier for execution to adhere, hence allowing you to follow through on how the trade is going to be. Many analysts and people in general will state that trades is timing period.  Those traders especially beginners need to focus on their timing and that once the timing is situated to a “T”, then an individual’s execution will also be strengthened substantially. In Boris Schlossberg article “Timing Is Everything” (Investepedia) he writes briefly about the “Stock Market Crash of 1987’. He indicates that “one of the biggest gains in stock market history occurred on October 19, 1987, during the day of its greatest crash. On that day, stocks had declined a mind-harrowing 23% by the end of the day, but at around 1:30 p.m., they staged a massive rally that saw the Dow Jones and S&P indexes vertical off the bottom, rising more than 10% before running out of steam and turning down to end the day on the lows. While most traders that day lost money, those who bought that bottom at 1:30 p.m. and sold their positions an hour later were rewarded with some of the best short-term gains in stock market history. Conversely, traders unfortunate enough to have shorted at 1:30 p.m. only to cover in panic an hour later held the dubious distinction of losing money on their shorts during the day of stock market’s greatest decline.”[i] To simply put it that timing is pretty much everything as he would indicate, without timing winning and losing is imperative to either profit in further trading or lose substantial amounts of money in your bank account.

There are various trading patterns to include in trading that may pertain to aspects that engage in the what some may state is a part of the “Art of trading” and various trading techniques and strategies. Most importantly knows the order forms in trading, such as limit orders, market orders, stop orders, trailing stops. These order patterns signify how one can time their trade and also how one can take profit, and stop losses to their account.  In a market order, buying and selling a stock or financial instrument is established immediately. Limit order is an indicator to buy and sell the financial instrument at a certain price point, while stop orders is buying and selling when the price reaches and eventually is going to surpass the price point.  The trailing stop sets a spread in percentages from the price point and the price of the financial instrument. The Trailing stop can be very effective in profiting for a trade depending on how it is executed by the individual trader.

The financial markets can be complex in its way it moves; not really having a full understanding can place a trader in jeopardy and having him/her lose a lot from their brokerage account or losing everything from their brokerage account.  The financial markets contain elements that are not uncommon to comprehend, starting with trends.  A trending market is a market that goes consistently in one direction or in another direction. What is considered a bull market trends upward (going up), a bear market trends downward (going down). These trends all people to  enter and exit trades toward the direction the market is going, which hence allows advantages and disadvantages depending on what side of the market the trader is on. Understanding certain trends in the market can help the trader seek profitability and attain major gains in the short and long term, depending on the strategy the trader incorporates.

Again, as implied all these reasons conceptually returns to the notion of day trading and trading, as  being an “art” or just simply calculated steps to profitability.  One notion that is for sure is that however you look at it, whether it is art form or not; strategies and multiple techniques have to be in place to make sure one is on the winning or losing side of the trading spectrum. -SB

[i]  Boris Schlossberg “Timing Is Everything” Article in Investepedia.com