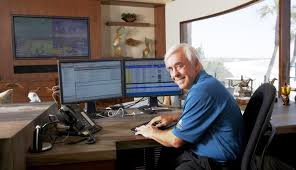 Las Vegas gambling icon, Billy Walters has been convicted by a jury for insider stock trading. Mr. Walters had earned more then $43 million dollars from an insider trading tips over several years,  from former chairman of Dean Food Company, Tom C. Davis. Davis testified against Walters stating that he made the $43 million dollars off of Dean Food’s over the course of approx six years.

Davis had been Walter’s best friend for over 20 years, and he was also the prosecution’s star witness against Billy Walters. Walters considered one of the greatest gamblers in the world, mainly betting on sports game, was also proactive in equities trading. His dominance as a multi millionaire, started in the gambling circut, then escalating his winning streak into the equities markets.

Mr. Walter’s businesses span from car rentals, golf clubs, real estate and car dealerships in Las Vegas, Nevada. His business empire is said to be worth $500 million dollars. He was convicted of all ten counts presented by the prosecutors and his sentencing is to July 14, 2017. -SB