VENEZUELA IS INTENDING TO EXPAND INTO THE CARIBE……. 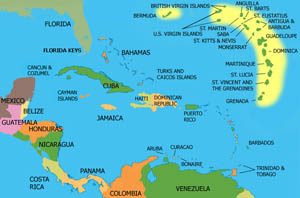 Venezuela will focus in the dutch territory of Bonaire first and perhaps expand its outreach to other islands as far as economic investments. Mr. Farias stated that it was very important to have foreign trade and foreign investments in the Caribbean as a means for Venezuela to broaden its trading capacity regionally and internationally. -SB