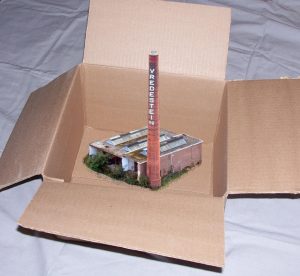 One prominent theme of Donald Trump’s campaign has been the fleeing of American manufacturing jobs to foreign shores and his determination to first stop, then reverse the flow of American manufacturing jobs to lands of cheaper labor. This is based on a popular American perception of cheap foreign labor being why manufacturing has moved to foreign lands. As so often the case, reality is far more complex than perception. The two major forces, which are never spoken of in our political discourse, and which Mr. Trump as a business man is very familiar with, are ‘High Capitalization’ and ‘Low Return on Investment’.

These are two basic terms than any undergraduate business major knows and understands, which makes it surprising that you never hear these terms in news stories about the flight of American manufacturing. For those with limited business knowledge, High Capitalization means it takes a lot of money to start and run a business, while Low Return on Investment means you’re not getting much for your money. For manufacturing you must buy expensive machinery and equipment, the raw materials to make things out of, land, buildings, tools, transportation … the mirid of things you see in any factory. Then you need money to run the business, money to buy more materials, money to pay bills and payroll while waiting for things you make to sell and the time your customers take to pay for them. Starting and running a manufacturing operation takes a lot of money, while software and retail based businesses require much less. Return on investment means how much money you make for all that money you’ve invested. Think of having all that money you poured into your manufacture startup in a bank savings account. In

one year, you get some amount of money from the interest paid by the bank. The interest is your return on investment. Now if you have $10,000,000 in this savings account, and you only get $25,000 in interest payment per year (0.25%)— you’re going to start looking for some other bank that pays more.

And that’s exactly what happened! By the early 1960’s, the American manufacturing segment began to realize it wasn’t making much money on all that money they had invested in manufacturing. So they begin looking for those other 0banks0, where investments would pay significantly better than manufacturing. Put simply … they didn’t want cheaper labor, they just wanted out of manufacturing! If labor cost was the principle issue, they would have simply moved their factories to the southern states, especially those having right to work … and would have been welcomed with open arms of joy. As the sixties drew to a close, manufacturing enterprises were closing down their operations, pulling monies out to invest in those other banks … the emerging hyper consumerism economy of franchise restaurants and speciality stores, strip centers, shopping malls, consumer financing, big box stores and entertainment. All those things we now take for granted. The oil crisis of 1973 accelerated this movement resulting in the ‘Rust Belt’.

An important side bar to this is that at this same time the machine tool robots, which replaced the highly skilled machinist, were becoming available. American manufacturing had always been and remained concentrated in the north-east corridor because manufacturing required a large pool of highly skilled labor to draw upon. With the advent of robots, manufactures no longer needed that pool of skilled labor, so foreign investors could now either start up their own manufactures to compete with American companies or subsidize American factories moving in by providing the financing to build and establish manufacturing operations in their country. Either way, American companies were able to 0get shuck0 of their factories and used that money to make some real money, which they did.

Now as an engineer, I’m not in favor of the demise of manufacturing in America simply because it means less opportunities for my brethren. But more importantly, since the first modern war, the American Civil War, modern wars are fought and won … or loss in the factories. We no longer have the true military might we assume we have when looking at our array of modern weapons. For instants, it takes about 30,000 vendors and suppliers to manufacture a modern aircraft, with more and more of these now foreign based. We are now so deplete of industry to support our military operations, that during Iraq and Afghanistan operations, we had to buy such military basics as small arms ammunition from foreign manufactures.

Most of the flight of American manufacturing has already happened. If Mr. Trump intends to restore manufacturing to American, which we very much need, then he must successfully address those two business topics of ‘High Capitalization’ and ‘Low Return on Investment’. There’s not really much he can do for High Capitalization, after all, things cost and you can’t really avoid that. But the real stumbling point is that Low Return on Investment, because business will not sink their monies into enterprises that will make them little money. You wouldn’t with your money, so why would you expect anyone else to. That’s the real problem that Trump and the Congress must successfully address if manufacturing is to ever return to America.

However, even if successful in bringing some amount of manufacturing back to America, there won’t be the hay day of good paying manufacturing jobs as seen prior to the 1960’s for the simple reason that automation and robots have eliminated so many jobs in manufacturing. Another reason that cheap labor isn’t the driving force that American popular culture considers it to be. Nevertheless, the lack of a manufacturing base presents serious problems for our economic future, in particular with the continual deterioration of relations with China, who now provides so much of our manufactured goods.

Will taxes and tariffs provide the means to force a resurrection of American manufacturing? I don’t know, I haven’t seen any modeling of the problem. But either way, the economy could be in for some rough times, particularly militarily. Most people don’t realize that we spent the first two years of World War II just preparing for war. For America, 1944 onwards was the real war for Americans.

And in today’s world, we may not get that luxury of time again.