Millennials and Z-Generation- What You Hear is What You’re Getting!

The present political storm over 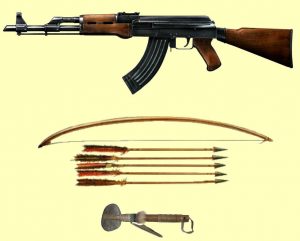 guns provides a good view of those who govern us and who are shaping our lives, especially for younger Americans. For the record, I don’t care one way or the other. The facts are, guns (or more properly small arms) are about the oldest most primitive technology still prevalent in the world. And guns are not an American problem, but a world problem1, there being one gun for every four humans on the planet! The question isn’t SHOULD guns be controlled, but rather CAN they be controlled, and as an engineer and technologist, I know the answer. Without a doubt, you can’t control the supply of guns, just like America couldn’t control illicit drugs and alcoholic sprits simply because the technology is so pervasive, old and primitive. On the world market, you can buy fully automatic AK-47 assault rifles for as little as $25. So like the other technologies we’ve tried to control access to in the past, if the demand isn’t some how reduced, it will simply go off shore. That’s why you can’t simply outlaw guns and collect them like Australia did. You have to reduce the demand for such things, and that gun demand isn’t just a small isolated group of people as assumed by so many of the pseudo synthetic, artificial, plastic intellects who are actively advocating the ‘controlling of the uncontrollable’.

Guns are not weapons, they are antiquates.

Which leads into what the real subject of what this article is about . . . the real analytical and problem solving skills and abilities we are now witnessing in our governments, including the Fourth Estate, because these same skills are being used to address the other very real problems being faced by the millennials and Z-generation. I sit nightly watching the news, shaking me head at the crackpot half baked ideas actually being proposed to control the uncontrollable. It’s like watching those old film strips of early attempts at flight with men leaping off bridges madly flapping homemade wings trying to fly.

So what you are seeing in problem solving ability, in analytical skills, in having a real understanding of the technological world we live in . . . is . . . NOTHING! None have made the slightest effort to acquire any real facts about the problem, to gain any real understanding, instead busying themselves trading talking points and spins, striving to be one of those who can get in front of the television cameras. The net result is nothing constructive is being proposed, instead just ways to waste vast amounts of money, which now is becoming more and more scarce for America. We are seeing a sea of sixteenth, seventeenth and eighteenth century people floundering around in the twenty-first century, having utterly no understanding of any of the problems facing America’s youth.

The lack of intellectual skills needed for real problem solving isn’t limited to just the gun control debate. Those who govern us use their same mediocre problem solving and analytical skills to address all the other problems facing America, with the same result . . . nothing! The millennials and Z-generation are facing some serious problems concerning their future because of technology displacement coupled with diminishing resources. In particular the oil. Oil isn’t about big gas powered cars verses small electric cars , it’s about everything! Right now, each American uses three gallons of oil each day. One gallon for transportation, the second for our food to feed ourselves and the third for everything we buy and use. About 95% of everything we buy and use is made from oil or needs oil to make. Without oil, we’re back living in that “Little House on the Prairie’, and life in that little prairie house wasn’t the romantic idyllic life of the television show. It was hard, dirty, dull, monotonously boring and short! It was far from the enjoyable easy life we all now enjoy because of oil. If it’s got paint, lubricants, inks, dyes, adhesives or plastics . . . especially plastics, then it has oil. Because of the growing demand for natural resources from oil, to wood, to metals, to minerals, to water . . . the negative resources of pollution and trash . . . to everything we need and use in our modern world, it’s getting increasingly difficult to keep individuals in our modern technology based society.

If those who govern us are so inept at addressing the problems originating from the most primitive technology, what can the millennials and Z-generations expect of problems rooted in the technologies of computer and artificial intelligence? As America’s youth face increasing difficulties with technology displacement and alienation of people, what real help can they reasonable expect from their governments? And this equally applies to the Fourth Estate. If their problem solving skills are so low for something simple like controlling guns, how can they possibly expect to address really complex critical problems like oil?

As long as members of the governments and news media are so absorbed in the foolishness of the impossible control of guns, the youth of America can expect nothing being done to address the problems which are now forcing them out of the social-economic system. They can expect no real future.

So for the millennials and Z-Generation,