The Dangers of Growing National Debts! 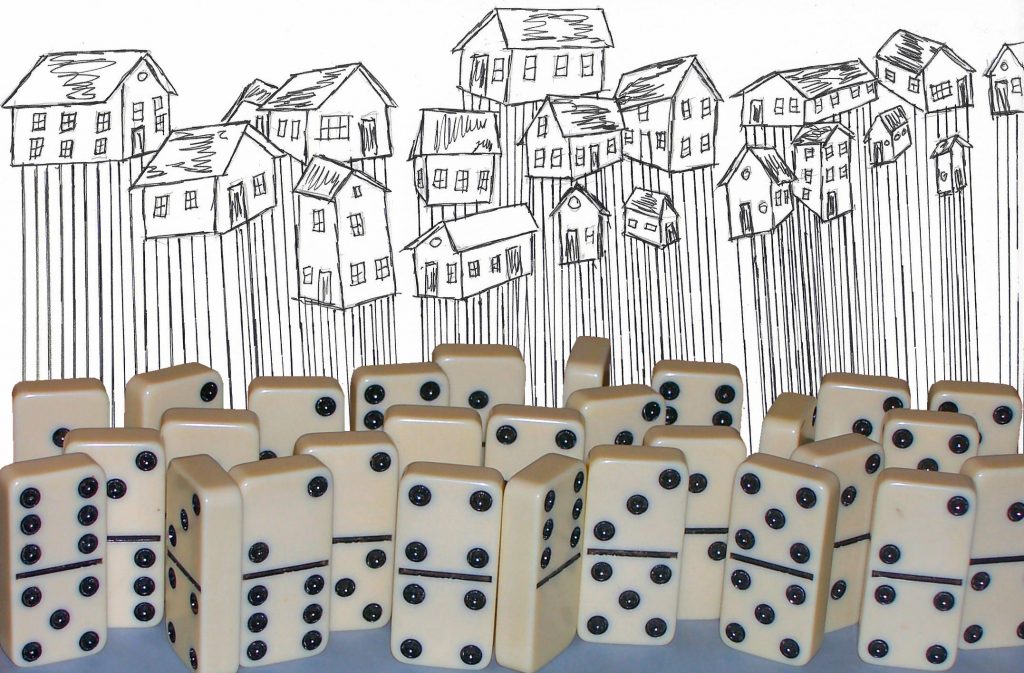 America isn’t the only one racking up huge national debts to prop up their economies . . . and there’s the danger!

As the debates mount over passing a third stimulus bill to counter the effects of the coronavirus pandemic, we are thinking only in terms of America and her mounting debt. Already, the virus has caused our debt to increase beyond the debt incurred in fighting World War II, in terms of percent of GDP (Gross Domestic Product). At the end of the war, there was great concerns about how America was ever going to pay off this massive debt, most expecting the traditional recession to follow peace. But the war had created massive new technologies and hence massive new markets that resulted in a post war economic boom, and therefore we were able to pay off the debt. No one anticipated the booming economic times, nor considered the effects of technologies on the economy, nor the pent up consumer demand and savings from the war effort.

After the war ended, all the new technology businesses were creating 40% of the new jobs, but over the years that percentage steadily declined until by the turn of century, it was at zero. And technology creation of new jobs has remained at zero since then. Therefore, with a debt now larger than the World War II debt, there’s serious questions of how we are going to ever pay it off and will it eventually pull our economy down, because there’s no signs of a long term booming economy this time. However, we are not alone in this little boat, with its gunwales sitting so low in the water.

Many other countries have also amassed huge national debts trying to avoid the collapse of their economies from the coronavirus, as huge chunks of their labor force are made idle and businesses fold up. Countries have given their citizens stimulus checks, such as Hong Kong ($1,280 equivalent per adult), Japan ($930 per adult) and Singapore ($422 per adult). South Korea’s government sent $820 to families in the bottom 70% of income brackets. Our neighbor Canada has given $1,400 per month, for up to four months, to anyone who lost income after the virus hit. Costa Rica gave $220 in monthly aid to anyone losing work.

The European nations largely avoided the one-time payments instead increasing funding for social services to meet the needs of those most impacted, while many counties enhanced unemployment offerings. Others, such as the Netherlands and Denmark, did their version of Paycheck Protection Program with assistance for companies that kept employees on the payroll. All have also vastly increased their national debts leaving the question of just how they are going to pay it off . . . and how they can avoid being pulled down by that debt? While we are preoccupied with only our debt and economic dangers, we neglect to notice the same dangers sitting right beside us, with these other countries economic stimulus threatening to pull their economies down.

A few years before the pandemic, the EU (European Union) dealt with the massive debts of Spain, Greece, Italy and Portugal whose potential economic collapse could have conceivably pull the whole EU economy down. The Union had to take drastic measures and enforce strict economic reforms to stabilize the EU economies to prevent a disastrous collapse of one. A disaster that could then collapse the economies of the EU, one by one, like dominoes standing on end, close to each other. It was a dangerous situation that most Americans were unaware of. That same dominoes situation has repeated itself with the virus, but this time many more dominoes (nations) near each other, where if just one should fall over, others would be knocked over with a cascading of all those dominoes falling.

Like a cluster of houses sitting atop tall thin spindly poles, swaying back and forth in the wind to testify to the precariousness of the structures . . . and all close enough so if one set of leg-poles collapses, the top heavy structure (house) will most likely fall into another house and collapse it, then the next and next and next . . . until all have fallen. Those thin poles represent the ability of a nation to repay that debt, while the top heavy house is the debt itself, and that house is growing as we live and breath. So how much can that house grow before the weight causes the poles to break and it comes down? And remember, the house is also swaying back and forth from the wind blowing, which represents external forces and events such as another oil shortage, which always puts a heavy stress on a nation’s economy. And those external forces (wind) are completely unpredictable, seemingly coming at the most inopportune times.

And you’ve heard little to absolutely nothing about this risk to your future, a long term risk that could have very long term consequences. You see, displacement by technology tends to build up like drifting snow forming overhangs on a mountain side. At some time, that overhang is jarred loose and starts an avalanche of snow cascading down. The faltering of an economy has the same effect with the sluffing off of excess people, because there are advance technologies waiting in the wings, which can do the work of those people, thus leaving them out. Unfortunately, consumer based economics tend to have a preponderance of people who have little to nothing of real value and therefore not having anything to prevent them from being sluffed off the social-economic tree just like snow. Right now, only 62% of all Americans who are able work . . . are working. Any shift, change or jarring of the economy causes people to fall off the tree . . . and anymore it doesn’t need to be much of a jolt to the tree either.

So with people displaced and replaced by machines, will these stimulus efforts have any real effect? Even when these people do find a new job, it is lesser paying ones than those eliminated by the machines. Therefore, other than helping politicians get reelected, the stimulus package will most likely not have any real lasting effects, but may well lead to the dominoes crashing down to leave everyone with a massive problem that well may never be resolved.