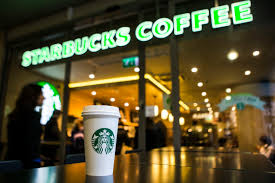 Starbucks (SBUX) has brought back Howard Schultz as CEO. Current CEO Kevin Johnson is retiring, and Schultz will be taking over the reins. His helm will begin April 4, 2022. Schultz will be taking over the CEO position and trying to navigate the coffee chain from post pandemic conditions. Mr. Schultz also has to worry about the supply chain disruptions that have progressing throughout the global economy and the costs of rising prices and labor.

The speculation that is being stated is that Mr. Schultz is the right person to right the ship toward a more stable Starbucks chain (SBUX). Schultz can bring insight and innovation of what the retail coffee supplier could do and not do to expand profitability. Starbucks (SBUX) is on the peaks as of lately because of unionization topics and issues that have been brought forth by its workers. Similar to the dynamics that were presented by Amazon’s (AMZN) unionization conflicts.

Mr. Schultz will be able to bring about perspective to what is going on with the organization and provide structural prominence to the retail chain. He will come on board as an interim CEO, while also manifesting the lookout for a replacement. He has indicated that he is only on board for an interim basis, until a new replacement is found and vetted by Starbucks (SBUX) board of directors and hiring committee.

CEO Schultz has succeeded in the past when it came to the profitability of Starbucks (SBUX), and many have issued the signal that he will be able to right the wrongs and infractions within the company. His leadership is needed to help Starbucks (SBUX) deal with the internal conflicts and organizational conflicts that are currently ongoing with the coffee mega giant. As his leadership develops the provisional direction of how Starbucks will proceed, it will also provide if his return was quite needed or not?