SLOW ECONOMIC GROWTH THROUGHOUT THE GLOBE… NEXT YEAR 2016…. 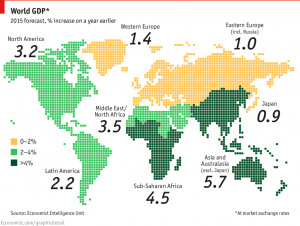