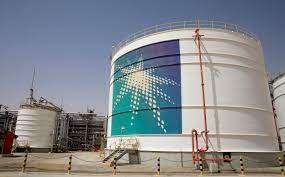 He has indicated that when the capacity of oil is diminished, or predominantly very low supply; which is the case today in the global economy, of the commodity. There is a high demand for the commodity worldwide, which in return boosts the price of oil sky high because of the urgent demand and necessity of the “black gold”. The fact that oil is low and scarce in capacity today; will trigger high demand, for it. These overall puts pressure on distributors and suppliers; to maintain and keep up with the demand, because of the current low supply of oil. Which ultimately boosts and increases prices sharply. -SB

‘The world should be worried’: Saudi Aramco — the world’s largest oil producer — has issued a dire warning over ‘extremely low’ capacity. Here are 3 stocks for protection (yahoo.com)