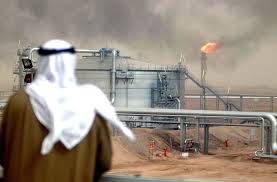 Aramco state oil firm will be seperated from Saudi Arabia’s  petroleum ministry, and will be provided as a separate entity. The Saudi Arabian king  King Salman promoted Aramco CEO as the new Chairman of Aramco as well as Saudi Arabia’s health minister.

It has been speculated that the King’s son will be in charge of state oil giant Aramco, pretty soon…-SB