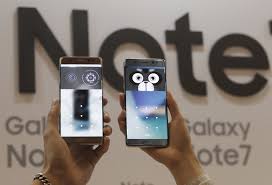 Other countries such as US, China, India, Europe, Singapore have all held special adversaries, either banning or discontinuation of using the Note 7 on commercial and domestic flights.

Because of the controversy surrounding the warnings of the Note 7, Samsung has issued a voluntary exchange program, in which customers can exchange their Note 7 phones, because of the faulty battery issue the phone seems to have. -SB