OPEC MAY SOON CURB OIL PRICES…….SOON TO SEE NEXT STEPS……….. 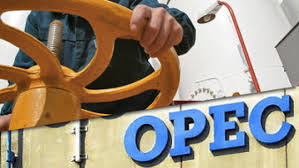