Millennials and China’s Drive for Oil 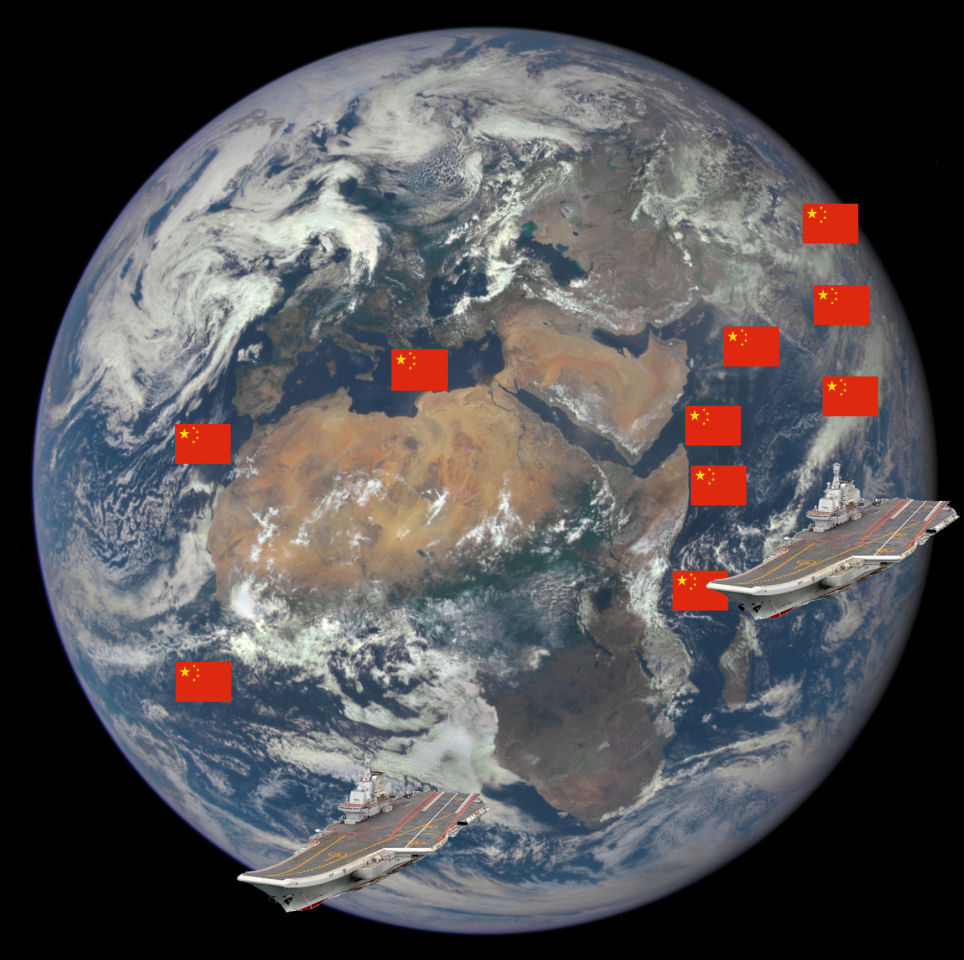 Oil isn’t about big gas guzzling cars verses dinky electric cars, or clean air verses pollution, or carbon footprints and global warming. It’s about KILLING!! Pure and simple . . . killing! Oil is about killing and war . . . and it’s been that way from almost the very start. And China is more fully aware of this little fact of life than most other people. Having very little oil of her own, and knowing that no oil is a ‘one way’ ticket back to being a third world nation, China is diligently working . . . building towards having the means and ability to ensure access to the world’s reserves of oil. And remember, oil is what precipitated World War II with America and Japan in 1941.

This is why the Chinese, at great expense, have built up the Spratly Islands and militarize them. First and foremost is to lay claim to any oil that might be found under the ocean in that area. Of course to exploit any under-ocean oil calls for off shore drilling rigs, something that is very vulnerable to attacks. This is part of the reason that China is busy building a blue water navy, including a fleet of modern aircraft carriers to project power across the globe just as America does. China is intent on keeping sea lanes open for oil to flow into China from any part of the globe. This means having a navy equal to or larger than America’s and Russia’s.

This is also why China has built a military base in Nigeria, right next to America’s base. China is intent on building a presences in the Middle East, with all it’s oil, to have influence in that area, and hence have access to the oil too. The stated purpose of this base is to support Chinese naval operations in the Mediterranean to counter the American and Russia naval presences, thereby also having a claim on Middle Eastern oil. Presently, China can buy oil from her neighbor Russia, but Russia and China have been traditional enemies and China doesn’t want to be under the control of Russia in order to get oil. Nor does China want to be dependent on America for oil. And as it now stands, both Russia and America have significant say in China’s accessing oil from the Middle East, either the direct purchasing of oil or transporting that oil back to China via sea lanes.

This is why China is so hellbent on building a world class blue water navy. It’s to make sure she can get foreign oil back to China via the sea.

A consequence of China’s concern for obtaining oil is North Korea. Recently, North Korea has become more open to normalizing relations with America and South Korea, because North Korea gets almost all its oil from China. If China gets in a pinch for getting enough oil, North Korea could easily find itself out in the cold with no sympathy from South Korea, America or anyone else in the world for that manner. Because of this situation, North Korea needs to start developing some friendly relations in the world besides China or Russia.

Over the years, in order to rapidly build up a strong economy, China has made its own version of a hyper consumerism economy, and just like America’s hyper consumerism economy, that economy rest firmly on having cheap plentiful oil. So if oil access becomes scarce, hyper consumerism collapses leaving a multitude of very unhappy people, dissatisfied with the government of China. Not a good thing for a totalitarian state, where the only way of changing the government is by violence. In short, China is sitting on something of a powder-keg, where the threat of oil shortages is the fuze. Add to this is China’s economic slump with factories reducing production or down right closing, either one leaving unemployed people.

In building their large economy, China developed extensive trade with America, becoming America’s manufacturing center as manufacturing declined in America proper. Our economies became tightly coupled, with each very dependent on the other’s economy. But when President Obama took office and embarked on a spending spree, China caught wind of Obama’s plan to pay for his extensive debt by ‘monetization of the debt’ thereby letting inflation dissolve debt very much like melting ice on a warm day. That would mean that the debt China holds in US bonds would also disappear, and so China got word back to Obama that if he did that, China would never buy another US bond! Realizing how vulnerable they were, the Chinese started trying to softly decouple the two economies. This means not being directly dependent on American oil exports.

One sidebar is oil prices have become an indicator of economic future viability. When world economies become stronger and more active, oil prices creep upwards, and when the threat of depression loams those oil prices sag. Despite China’s sagging economy, oil prices continue to edge upwards.

The point of all this is events far removed from the domestic political scene are profoundly shaping the future for millennials and Z-generation. What the future may be, is strongly influenced by what China does to ensure her access to oil supplies. Everything she does domestically and on the world scene is governed by concerns about getting oil. For starts, this is sparking a round of military buildup to counter China’s and Russia’s military build up. This will mean less resources to build America’s domestic scene such as our aging infrastructure, parts which are needing sever attention. It will be harder to maintain tax cuts that have so far stimulated our hyper consumerism economy. The real value of many millennials and Z-generation is as consumers, so if we are unable to maintain hyper consumerism, either from government spending or from oil shortages, then the future for many of America’s youth will be in doubt.

And if war erupts over China’s bid to get oil????