JACK MA SEEMS TO BE REDUCING HIS MAJORITY STAKE IN ANT GROUP, REPORTED BY SOURCES…….. 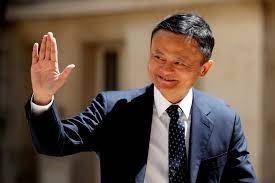 Talks started to begin in early January 2021 between Chinese authorities and Ant Group leadership, that Ma would be eventually existing the company majority control. It is still up in the air if Mr. Ma will leave the entire company, but it does seem this may be the case, though not confirmed.

Key sources would like Ma’s shares to sold to Ant Investors or Alibaba investors, keeping the shares in house, but discussions are still proceeding if this will be the case. Jack Ma’s exit is coming when Alibaba was penalized with multi billion dollars in fines by the Chinese government. -SB