GENERAL MOTORS IS SHUTTING DOWN IN VENEZUELA……………… 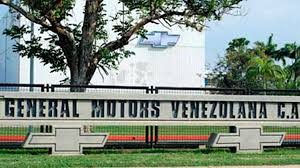 General Motors announced they were closing its operations in Venezuela. GM is closing shop in Venezuela because the Maduro government has seized their plant in Valencia.

As protests were on going in the country on April 19, 2017; protesters were clashing with the Maduro government over free and fair elections; and food scarcity within the country. Maduro’s government decided to take over the factory in Valencia. This seemed to be the last straw for the General Motors corporation.

The plant in Valencia, last produced a car in 2015 but the company has over 79 dealerships in Venezuela and close to four thousand employees.  Venezuela has taken over private companies property many times before, especially when protests have broken out in the country. -SB