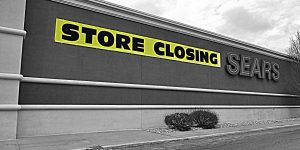 The Real Value to Society for the Youth of America is as Consumers, But What Becomes of Them if Hyper-Consumerism Declines.

I’m old enough to remember the first oil crisis of 1973, when the Arab nations tried to punish America for her support of Israel in the Seventy-Two war by cutting off oil shipments. American manufacturing was already in decline when the economic shock of oil shortages ripped through society. Suddenly, American manufacturing started crumbling away as factory after factory closed with American business losing all interest in making their money by manufacturing. The Rust Belt was born. Confronted with a growing problem of spreading unemployment and diminishing opportunity for people, the government had to come up with a new way of doing things, a new kind of economy.

The solution was deemed to be the service economy, the hyper-consumerism where people’s value in the economy and to society was as consumers working to support other consumers, who in turn worked to support more consumers. Instead of producing real material wealth as was formally done with a manufacturing based economy, America would depend almost exclusively on the multiplying effect of money being exchanged from one person to another, a basic principle taught in any introduction course of economics.

Not long ago I wrote another article titled, “Tiny House – Tiny Future” about how the millenniums were turning away from the traditional living in large houses and instead going to homes that are one tenth the traditional size, and consequently foregoing the purchasing common to the hyper-consumerism society simply because they no longer have the room to keep stuff. This I proposed was maybe a sign that hyper-consumerism was coming to an end, that it was not sustainable. With diminishing opportunities for the young, they don’t have the monies to participate in hyper-consumerism the buying of things just to be buying and having things.

Then while checking my email, I glimpsed a banner for a news story about how some of the top ten retailers where closing stores, which instantly caught my attention. Could this be another sign that hyper-consumerism was on the decline, that the much vaunted service economy we depend on is now crumbing just as manufacturing with the rust belt did? Will the millenniums and Z Generation be less able to make substantive contributions to society? I decided to check into this and here’s a parcel list of those retailers who are contracting by closing stores:

Furthermore, some of the top American retailers may be declaring bankruptcy this year. No doubt, you’ve heard the recent story of how Alfred Angelo Bridal, the national bridal gown retailer, suddenly closed their doors in bankruptcy leaving hundreds of soon to be brides with nothing to wear to their nuptials but what was already in their closets. Not only that, but they would get just a fraction of their money back  and then months or years from now at that!

So what if this is portents of things to come? So what if the youth of America doesn’t have the hyper-consumerism based economy of their parents and grandparents? Well the real question is, what do they have instead? What is in line to replace it? The answer is nothing! No one in the government is working on some alternative, just like 1973 when American manufacturing was fading. It wasn’t until the shock of the oil crisis that our government gave the situation any consideration, and then it was a quicky decision with little to no real consideration (in other words talking points), and certainly no modeling of the consequences from that decision. That time, they sort of lucked out and it’s worked for several decades, but can they luck out again?

And how do I know that no consideration is being given to a possible demise of hyper-consumerism? Because you hear virtually nothing about the obsolete people problem with the displacement of workers by technology. This is a very integral part of today’s economic problems for the millenniums, in that anytime you can reduce the intellectual-skill levels required for a job, you reduce your labor cost. Displacement by technology means that millenniums are less able to make money because machines are doing the better paying work. Without money, their value as consumers diminishes so they are less able to support a hyper-consumerism based economy. Like the washing away of sand under the foundation of a house, there just comes a time when the house can no longer stand.

Without hyper-consumerism  what will become of so many of America’s youth.