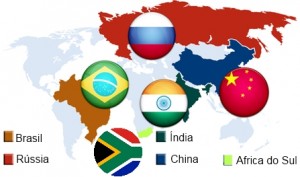 The emerging BRICS Nations (China, Russia, Brazil, South Africa and India) have set out to start their own BRICS Emerging Nations Development Bank.  The BRICS countries represent approx forty percent (%) of the global population at hand.

The BRICS bank will have $100 billion dollars devoted to each  countries development and expansion. The central location for the bank will be in Shanghai, China. The bank is speculated to be launched at the end of the year, 2015.-SB