Elon Musk Threatens To Pull Out Of Twitter Deal!!!!!! 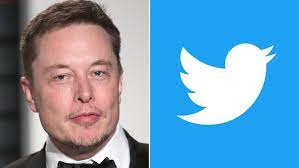 Elon Musk is reportedly prepared to pull out of the Twitter deal because of the bots and spam controversy in the past. Musk wants Twitter to provide him and his team details accounting for the spammed bots on Twitter. Twitter has claimed that bots is actually less then 5% of its user base.

Musk’s legal team sent a letter to the Twitter board of directors wanting more information and disclosure of the actual bot activity on the social media platform. Mr. Musk has indicated he will walk away from the Twitter purchase if more information is not forthcoming from Twitter operational executives. Twitter has refuted Musk’s claim that many of the users on the platform are bots and they also have indicated that the purchase of the company must go through at the $44 billion price point.

Much of Elon Musk’s wealth is tied up in Tesla stock currently, and he would have to liquidate a lot of his shares to obtain the necessary cash to complete the purchase of Twitter. He reportedly has to pay up $33 billion to finance the deal, along with private equity comprising of $2-$3 billion worth for the deal. It is believed that Apollo Global is leading the private equity charge for financing. So far the deal is still on the table but the latest salvo by Musk’s lawyers to withdraw from the deal, if disclosures of the bot activity on the platform is not provided; proves to be a difficult pill to swallow for Twitter and its investors.

Musk has before complained about the bot/spam user base before, and he indicated that this was a major problem for the company. He has insisted that he would solve the problem but wanted more information about actual users and fake users, so it seems he has yet be able to obtain the information needed to look into the issue. -SB