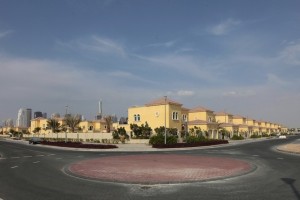 Real estate developers in Dubai continue to build even though various economic obstacles may remain in place. Real estate sales have taken a hit in Dubai and in the UAE, but developers are optimistic that this will not suffice for too long.  The UAE has implemented stricter regulations in financial and real estate markets, which has not been as great for speculators, but has been a so called needed addition to the real estate market regulatory body; which in hence has made it easier for developers to construct and build.

Real estate prices rebounded in 2011, after 2008-2010 the UAE (United Arab Emirates) lost a lot o f money on investments and stalled real estate developments. Though the projects may have stalled, developers continued to build and set up projects in the real estate sector; implying that real estate would eventually pick up again, which it did.

Places such as Dubai have imposed stricter penalty fees on mortgage borrowers and instituted higher deposits for property, so that a real estate slide, if occurs again won’t be as intrusive to its economy.  The UAE has indicated that in 2016, growth will only be sustained at 3%. The demand for real estate is there, it’s the inventory that is not. Developers have been keen to hold on to their rental properties longer after completion to give more time for outsourcing the current inventory that they do have. -SB