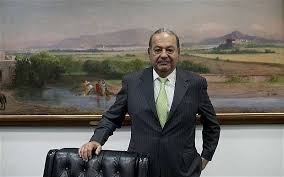 Carlos Slim has recently invested money in Europe in a couple of major  acquisitions in Spain. Mr. Slim has been buying up shares in failing businesses in Spain since the fall of 2014, he is  expanding his empire in European countries, such as Spain and Austria. He recently placed shares in Bankia a Spanish bank that owns the real estate company Realia.

In 2014 Slim invested money in Austria, taking over Austrian telecom company Telekom. Mr. Slim’s bid to take over these companies is definitely a sure sign that he wants his empire to expand from Latin America into the European region. He is ranked as the #2 richest person in the world by Forbes Magazine. -SB