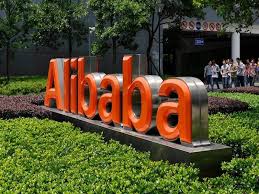 According to Globals founder Suhas Gopinath, they have come to an in-principle agreement on incubator. Mr Gopinath was described as one of the youngest CEOs in the world and the WorldEconomic Forum had named him as ‘Young Global Leader’ of the year 2008-2009. Mobile startupinitiative of Alibaba gains special importance as the organization is moving rapidly to mobile

It is learnt that Globals CEO had met Alibaba founder Jack Ma in New Delhi for discussing the plan in detail. Suhas Gopinath elaborates about the new initiative, “It also becomes easier to mentor thestartups and find the right set of funders if you have a focused investor. Most incubators in Indiacurrently are generic ones. Idea of incubator came from Guru Gowrappan, COO of Silicon valleybased tech company Quixey, a search engine for apps in which Alibaba has shares”.

Few Indianstartups have been identified to be the stakeholders of joint business initiative between Alibaba andGlobals, Bangalore based IT company with stellar reputation.

As per information available from reliable sources, operations of the new venture will start in May2015. It is perceived as a one year program in which five startup companies will be the principal stakeholders. Indian business community hopes that this new business venture will scale new heights of excellence. Selected startups of Alibaba-Globals business partnership will receive seedfunding, an investment concept gaining rapid prominence among India Inc.

A fund for the new company is being established with participation from multiple funders including Alibaba. During recent meeting with Indian Prime Minister, Alibaba founder Jack Ma discussed B2B ecommerce platforms. On this meeting, Alibaba tweeted, “Jack meets Indian Prime Minister to discuss how Alibaba can help empower small businesses in India”.

Alibaba had invested $575 million dollar in Indian mobile payment company Paytm earlier this year. This new ecommerce establishment will give momentum to Indian market blessed with presence of online shopping tycoons like Flipkart and Snapdeal. Alibaba will offer all possible help to the electronic commerce setup in the form of technology and business expertise. Suhas Gopinath hopes to receive assistance from Government of Karnataka, major coordinating agency of Information Technology development programs in Bangalore for his dream project. He had hit the headlines of major world newspapers before eleven years when he started Globals at the very young age of just sweet seventeen.

According to recent market reports, the new incubator will focus on those startups which are venturing into mobile internet and mobile commerce space. Although there are number of startups in India, there are very few which focuses on particular domain. It is expected that this Chinese-Indian mobile commerce conglomerate will bridge this gap very soon. Globals provide web, cloud, enterprise application development and product development services to various clients in education, finance and media domains.