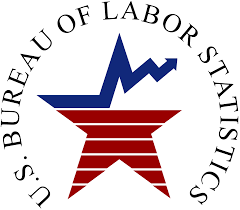 The U.S. unemployment rate has fallen to 3.9%, the lowest it has been in over a decade. The economy is doing tremendously well and analyst/economists are stating wage inflation are on the horizon, while the actual wage inflation is rising slightly.

American job employers are sitting on a lot of jobs though, not able to find qualified workers as shown in the past. The Job & Labor Report released last Tuesday, May 8, 2018; by the Bureau of Labor Statistics (US Dept of Labor), indicated that 6.6 million jobs were added in the last day of March 2018. Jobs increased from the beginning of March 2018, where it was around 4.6 million jobs to the end of March, which became 6.6 million jobs.

Economists have indicated with the inflation rising, the Federal Reserve may be more determined to raise interest rates because the job market and the economy is healthy. With an accelerating economy and the labor markets doing good, one can expect the The Fed to be monitoring the situations accordingly. -SB