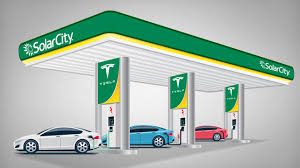 Tesla Motors purchased Solar City for $2.6 billion dollars. This initially means that there will be combination with the electric car maker and the solar model company, as they fuse their companies together respectfully. Many people believe with many questions if the effort to pair the two companies was a sound decision.

Solar City shares have been declining lately and many believe Musk wanted to save the company from it own ruins, so in order to do this was a buyout situation in which Tesla would buy Solar City and combine the two entities together.  As for if this was a wise decision by CEO Elon Musk, only time will tell about this merger. -SB