TENSEGRITY STRUCTURE: A Simple Stick and Thread Model of a Structure Formed Solely by Tensions Shows Millennials What They Must Have!!!!!!!!!! 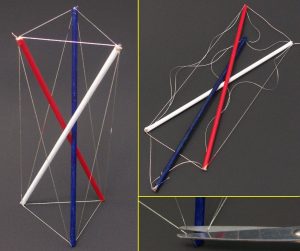