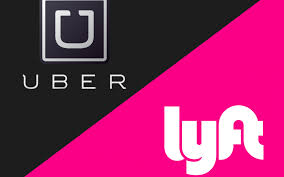 It seems that Uber and Lyft are crushing the competition in the customer service ride share industry, if that is even an industry to say the least; these two mega companies created and infiltrated ride share customer service. While they are in the forefront of picking up customers through their online apps, taxis and cabs in metro areas like NYC, Miami, Chicago, Atlanta, LA, San Francisco are taking hits and seeing major declines in customer pick ups.

Taxi and cabs are increasingly losing value as the ride share tech giants are taking over the industry, revenue for cabs have gone done drastically even though cabs pickup more people in metro areas such as New York City, statistics show  in NYC, taxis in the city picked 450k-500k passengers in April 2016 as compared to Lyft’s & Uber’s 200k passengers combined according to stats provided by Morgan’s Stanley. Though taxis and cabs picked up more people during that time period; their revenue did not come close to what Uber/Lyft  made during that month of April.

It looks like Lyft and Uber are giving cab/taxis a run for the their money, or  at least “a ride for their money”. -SB