Our Real Problem From Oil: The Real Stumbling Block, Millennials and Z-Generation Is The Oil 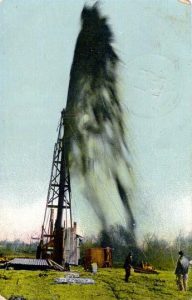 There was an earthquake in 1956 that shook the world, and continues today jarring and shaking us to our teeth … that nobody felt then, and even today nobody feels. That was the year that M. King Hubbert, a geologist with Shell Oil Company, announced the results of his research using mathematical modeling techniques applied to oil production in America. In a nut shell, his model said that American domestic oil production would peak in 1969, and from there-after would decline. And absolutely no one paid any attention to him! Then in 1970, all restrictions, quotas and limits for pumping oil in America were removed to never to be reinstated. Just as Hubbert predicted, oil production peaked, then America’s oil production continually declined as we became dependent on oil imports. Again, no one gave this a thought, let alone was alarmed.

Then in 1973, the Arabs restricted imports of oil in retaliation for our support of Israel in the 1972 war. Suddenly all America was aware of oil imports as shortages of oil manifested itself into gas lines and worries of getting heating oil for homes. Suddenly, everyone was very much aware of the importance of oil in a modern high technology economy, as shock waves spread through the economy. The slow decline in American manufacturing was suddenly accelerated into the ‘rust belt’ where a preponderance of older Americans were suddenly without a job after working at companies for twenty, thirty even forty years, with no prospects of ever finding

another good paying job. The government’s solution was to change from a wealth generating economy to our present day hyper-consumerism economy. But with the usual short sightedness and attention span of our society, this problem receded into oblivion as imports slowly resumed.

History repeated itself with the 1979 oil shortages with the same economic shocks. Again lots of flapping about and squawking by our government, but no real plans or actions on how to address the problem. And as before, as the flow of oil resumed, thoughts and concerns ebbed and faded away. Meanwhile, others continued using and refining Hubbert’s modeling techniques applying them to the world’s oil production. In the nineties, these new modelers started announcing that for world oil production, another Hubbert’s peak would occur sometime between 2000 and 2010, with the world reaching a point that it couldn’t pump enough oil out of the ground to meet the needs of everyone on earth. Again, no one paid any attention as time marched on, as if everyone was in some merry little parade having a good time.

The first signs that problems loomed ahead was oil prices started creeping up, then accelerated until the sharp upswing in 2007 as we reach the fabled Hubbert peak, then spiked to send the world’s economies into disarray and near collapses. Popular history records the near collapse of America’s economy, and the ensuing sever recession, as the result of the collapse and near collapse of several very large banks involved in various investment shenanigans. In actuality, it was the shock of that oil price spike, the Hubbert peak everyone had been warned about, that jarred America’s economic ‘houses of cards’ and precipitated the economic unraveling with very near disastrous results. Again, America had been caught with it’s pants down because nobody wanted to face the problem of oil!

Oil prices then dropped because of the devastated economies that resulted in a sharp drop in oil demand, but as those economies have slowly regained themselves, oil prices are creeping up again . . . just like before. All the while, world oil production is creeping down (about 3% to 5% per year) just as predicted by Hubbert’s modeling techniques. Those same modeling techniques tell us that very severe oil shortages will be occurring after about 2040 or so, with just one fifth of today’s oil available. And this is the real fly in the ointment! Oil isn’t about big gas guzzling luxury cars verses dinky little electric cars . . . it’s about EVERYTHING!! Take away oil and it’s back to that miserable little dirt farm with draft animals to work the earth. Now some of the foolish romantics might like that, but here are some oil facts to ponder your future with.

The nineteenth century farm produced, with a lot of hard manual labor, about 10 bushels of grain per acre. A modern petrol based industrial farm, by using machines and fuels, petrochemicals for herbicides, fungicides, pesticides and fertilizers produces about 300 bushels of grain. Thirty times more than those old fashion farms. The truth is, without cheap plentiful oil, we are going to have serious trouble feeding ourselves!

Everyday, each American uses three gallons of oil. One gallon for transportation- our cars! Another gallon to feed ourselves, and the third for everything else we buy and use everyday. All these romantic fools bouncing around squealing ‘electric cars’ to solve the oil problem, are

talking about just one third of the equation . . . at best!

The world we live in is made with oil. About 95% of everything you buy, use and consume in your daily lives uses or has oil in its manufacture. If it has paint, inks, dyes, glue, lubricants or plastics . . . especially plastics- then it has oil in it. Even the pharmaceuticals you take for your health often has oil in it.

Oil is much more than just ENERGY!

The reality of all this is that the future of America, especially for the Millennials and Z-Generation, is wrapped up very tightly with oil and its future availability. While many of the youth of America are slowly being pushed out by technology displacement, the looming shortages of oil is providing compelling reasons not to keep them in a modern high technology society. This makes a second very powerful force which is pushing a preponderance of young American’s out of the world they were born in!

And guess what? Absolutely none of those who govern us are

making any efforts towards addressing this problem!

So what is to become of this mass of people? Are they to add to the growing masses of homeless people we see on news stories about how California is now struggling to cope with the homeless? More importantly, with 20 to 25% of college graduates now unemployed or underemployed and therefore already effectively pushed out, will they be content to just passively fade out of sight? Alienated with no means to make substantive contributions to the economy and society, too poorly educated to avoid displacement by technology, and too costly in resources to keep in our modern society, what’s to happen? Because more and more, nobody wants them . . . nobody needs them . . . nobody cares about them!

If you want to understand what is happening today in our society,

just look back at what happened to Native Americans over a century ago.

It’s the same thing all over again!