Millenniums and Sunshine: Millenniums Struggle to Find a Place in the Sun in Today’s Economy 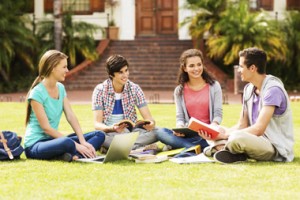 I’m reading Gordon’s new book, “The Rise and Fall of American Growth”, which makes the statement, “The historic decline in infant mortality centered in the six-decade period of 18901

1950 is one of the most important single facts in the history of American economic growth”. In

other words, there were more young people, and that resulted in more economic growth for that

period.  For the twentieth century, the youth of America has been the prime market segment of

Until the turn of the century, that is!

generations did … that my generation certainly did?  Quite simply, my world, the world of

parents and grandparents for millenniums, has slipped away and die.  It’s simply gone … never

to return.  In my recent blog, “The Intersection of Jobs – No Jobs”, I explained how since the start of

the new century, technology is no longer creating

new jobs while at the same time research predicts

that technology will displace as much as 47% of

the present jobs.  Adding to this dilemma is the

millenniums continue to prepare themselves for the

world of their parents/grandparents you know …

the one that no longer exists!  In other words, the

environment has changed, but they haven’t!

The basic premise of Gordon’s book is that the 2

Great Inventions occurred from 1870 to 1940, which was the driving force for the phenomenal

growth of America’s economy in this period.  The technological inventions after 1970 didn’t

have the pervasive impact across American society that the Great Inventions did.  That’s when

growth started to taper off.  But one of the inventions after 1970 was small and powerful

computers, and this growing technology was used in machines that began to replace jobs. Slowly at first, then increasingly faster with the net result of people’s income first stagnating

then declining as people were forced to find new jobs that usually paid less.  Finally, creation of new jobs started a steady decline so by 2000, there was no growth.   Millenniums are coming 3

(principally computers) , and therefore an environment of no growth or opportunity for so many

For years, many American’s have been getting the definite short end of the stick, but nothing

compared to what is in store for the millenniums.  While their parents are established with jobs

and extensive work histories to seek new employment if laid off, the millenniums start at ground

zero with limited and diminishing employment opportunities.  For their parents, a college

education was the ticket to higher incomes and greater financial security, while millenniums now

far more uncertainly than their parents or grandparents.

The bottom line is America’s youth, the millenniums, are getting gypped as no others have in

recent history.  The lives they assumed they would have, the same lives enjoyed by their parents

and grandparents, is slipping through their fingers like water, and all they can do is stand and

watch.  Millenniums got their necks stretched out a foot, across the chopping block, just waiting

for the ax to fall.  No one has as much to lose as the millenniums, and this is apparent by no

mention of this problem by anyone in the sixteen election process.  The Government is doing

absolutely nothing about it, with no indication it will in the future.

For the economy in general, there is shrinking market size as millennium college graduates are

unable to find adequate work.  While the college graduate use to be the major disposable income

group which businesses actively sought, the new markets they represent is now shrinking which

means even less growth for America in the future.

The millenniums are signaling further contraction of the American dream.