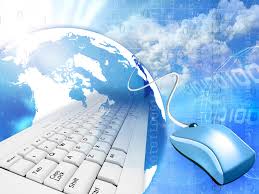 ATS- The Next Coming Computer-Internet Revolution

For many long years, e-learning has been the seemingly unfulfilled promise that is finally arriving.  It is slowly seeping into the general classrooms, starting from the top in the collegian arena, but making steady progress down the pyramid of the American education system.  You may remember about two years ago, news stories about a teacher in Illinois who got transferred from a highschool where she had taught for years, to a middle school.  She then brought suit against the school district claiming she was allergic to children, trying to force her return to the highschool.  I heard only one report that gave the crucial fact of the case.  A language teacher of French and Spanish, she had been displaced by technology- the highschool deciding to teach languages over the internet.

Colleges and universities have become rife with online courses as institutions seek ways to reduce their operating cost, with claims that 40% of college courses are now online.  Some universities have degree programs obtainable exclusively online, students never stepping foot on a campus.  And we can expect the same thing to happen in public schools as they too seek ways to reduce their operating cost.  But ATS promises to give more than cost savings, for the system can easily be designed to adjust the amount of teaching to individual students, making it something of a tutor.  So if a student is good in math, but has trouble with English, then the system automatically spends more instruction time on English and less on math.  This allows each student to progress at their own pace.  Using a Socratic emulator of continual question-answers, ATS holds the attention of a student, thus being far more effective at teaching than the traditional mass lecture system.  By using a series of questions, the machine leads the student back and forth over a concept or principle until the student discovers it, and self discovery is the best way to learn.  You always remember what you discovered for yourself.

Nevertheless, there is a ton of money to be made, just as with previous computer/internet revolutions.  And whoever gets there first will have a licences to print money.  The problem is no longer the technology, it’s now a marketing problem.  Once the marketing model of cable and satellite television is adopted, then the market will take off like the proverbial scalded cat.  When a sales rep can go into a school board and say, “Clear everything out of your classrooms.  Save it, give it away, burn it, sell it, store it . . . make fish blinds out of it . . . we don’t care!  We will come in, set up our individual integrated learning stations, cubicles and chairs, each with a computer and video screen.  Then wire each together to local servers and monitor computers for room monitors, and connect the system to the internet … and it wont cost you one red cent.  And while you are now paying $750, $950 or $1150 per student, per course, per semester, we will charge you $250, $350 or $450 per student, per course, per semester.”  Once the courses are built, there will only be some small software maintenance cost and with furniture and computer equipment good for at least ten years, the breakeven should come quickly, meaning the cost to the schools can only come down more.

In new product development, the domineering question for marketing success is the unfulfilled need- what need is there for a product that people are willing to spend their money on to fulfill this perceived need.  Therefore, the question for ATS as a viable product is exactly what is the unfulfilled need to be fulfill?  To answer quite frankly, if not brutally, it’s years of chronic nonperformance of America’s public schools, as typified by America’s ranking of academic achievement relative to other western nations.  These numbers are so often quoted in news reports that I won’t bother giving specific numbers, other than America ranks in the mid twenties to the thirties with other developed nations.

Today, the first 12 years of school are largely a waste, graduates simply unable to get a job because they are so poorly educated, while job nonperformance (the teachers) has always been a major incentive for automation.  When an industry can’t get a job or task done correctly and in a timely manner, business starts looking for a machine that can.  This nonperformance is the unfulfilled need of the market.

Another factor is the staggering cost which several states are now suffering, which has reached the point where state governments are looking for any means of relief.  States are facing financial crisis in part because of their expensive, yet ineffective school systems swallowing up scare dollars.  More and more states are desperately looking for any solution from their fiscal dilemma, leaving state legislators facing money shortages and threats of having to raise taxes again.  That’s when they start looking for any solutions that will get voters off their backs.

As is so often the case with government institutions, they have forgotten the golden rule of the marketplace:

Take care of your customer or somebody else will

This market is over primed and ready for exploitation as few markets have ever been.  It’s the 1848 Sutter’s Mill, waiting for someone with “pick and shovel” (resources) to see the yellow glint of gold in the stream, then just start shoveling it out.  It’s the 49’ers Gold Rush of the twenty-first century, with ATS not only doing the job cheaper, but doing it much better.

Somebody is going to get very, very rich!