Give Us A New Federal Tax! Please! Data Is The Newest And Most Proliferate American Business, Whose Growing Wealth Remains Free Of Taxation !!!!!!!!! 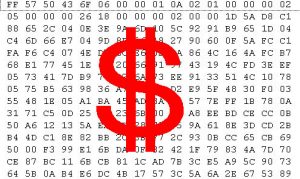 Every day, across America, across the whole world, innumerable faceless, seemingly nameless companies slither across the internet to slip into peoples computers and root around gathering information and data about us with the intent of selling and reselling that data to other companies for a profit. All without our knowledge or consent. We are never aware when they are there, what they are copying or what will ultimately be done with it. And for them it’s virtually free! They come into our various computers (desk top, lap tops, tablets, smart phones and old fashion flip phones) to root around looking for any data which might be marketable to someone, then leave to come again at a later date, hopefully not damaging our software or data because their programs where not fully thought out or tested. Then someone else comes in to repeat the process. And what do we get from of all this– aside hopefully no damage to our data and systems?

These are our computers, our systems, paid for by us, with our money which we earned through our labors, yet untold businesses feel these computers are their’s to do as they please! Like someone walking uninvited into your house, strolling around making notes of things, taking pictures of this and that, then casually walking out without so much as a howdy there or even a cursory smile. Just as if your house belongs to them and not you. Needless to say, like many other Americans, this somewhat rankles me. After all … all this data is used to manipulate, maneuver, coax, dupe, sway and cajole people for commercial and political gains. Since they are making money harvesting data from our possessions, then we should at least get paid for it, right? But how? Well, maybe it’s nearly impossible to get paid directly for information gathered, but how about indirectly? How about if all the data gathered from everyone had to be paid for, then those proceeds go towards things which benefits all us little people … like maybe health care that everyone is so worried about?

How about if the Federal government was to tax all data acquired through computers or bought and sold to other users of that data? How about a data transfer tax based on a fix rate per byte of data transferred? Right now, there are vast quantities of data being harvested from us, stored, bought and sold over and over for huge profits … and it’s all free as far as we and the government are concerned. A huge new industry of data that unlike other commodities such as oil or consumer goods, goes untaxed, untouched like back in the good old heady days of laissez-faire capitalism.

Let’s say there was a tax rate of one-hundredth of one cent of hard cold American cash currency for each byte of data transferred. So, if one of these companies comes into your computer and helps itself to two hundred bytes of data or information, then there would be a tax of $0.01 X 200 or 2 cents owed to the Federal government. You say, ‘Well so what’! Two cents … that’s nothing but a joke! What difference does that make?’ But for that same company to go into a million people’s computers and harvest data, that’s $20,000 revenue. And for a thousand similar companies, that totals up to $20,000,000 … and twenty million bucks is no longer something to sneezed at. But that’s only the start. Each time that company sells those chunks of data, the transfer is taxed again, so if sold to ten other companies, that’s another $200,000 each for a total of $220,000 in revenue. Then if a buyer such as one of the data mining companies purchases that data, it may resell it tens or hundreds of times, generating untold wealth for the American people.

You see, that two cents multiplies itself many times over into millions of dollars!

I have no idea just how many bytes of data are transferred between computers each year, nor would I dare a guess. I just know that it is tremendously huge! Other business are subjected to inventory taxes, that is taxes on the value of physical property they hold to sell to create their revenues. But data is just waves of electrical impulses on a wispy cloud of electrons, not physically visible to the human eye, and hence, unlike other inventories, goes untaxed. But when it moves from one computer to another across the internet, it becomes visible and therefore accountable. At that time of visibility, it becomes a taxable entity.

The youth of America are heavy users of data machines, creating much of the new data being bought and sold, providing the machines at their own expense which allows all this harvesting of data. Since the millenniums are facing an ever increasing burden of taxes because there are fewer of them to support more and more of their elders, it’s quite natural they would welcome a method of taxation that could reduce what’s now taken directly out of their pockets. Get some real payback for the use of their private property, which so many business consider as 0open range0 for any enterprise to come in and use as they please and see fit.

After all, why should we the people fork out our hard earned cash for taxes while all those data enterprises go scot free?