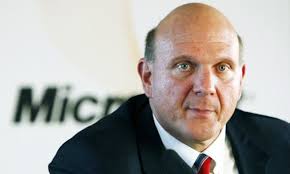 Former Microsoft executive CEO and current Los Angeles Clippers NBA team owner, Steve Ballmer has invested in social media giant,  Twitter #TWTR… His 4% stake is valued around $800 million, and leads him to be the #3 individual stakeholder in the company, overtaking more stake in the company then Twitter CEO Jack Dorsey.

With the announcement, Twitter’s stock rose over 5% on Friday, @ $31.34 by the closing stock bell. Mr. Ballmer net worth is over $21 billion dollars in 2015, making him the 35th richest person in the world. Twitter has indicated recently that it will be laying off employees; somewhere around 8-10% of their workforce will be downsizing. -SB