A Second “Dances with Wolves” Movie? Will the Plight of the Millenniums Result in Their Own Dances With Wolves Movie After The Fact? 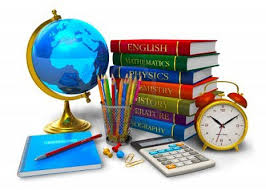 While watching the hit movie “Dances with Wolves”last night with my wife, a great movie we’ve watched a number of times, I found myself wondering if in the future, there won’t be similar movies made about the plight of today’s youth … the millenniums.  While loaded with enumerable historical faults, its central theme is the plight of a people who are technologically far behind another people and consequently unable to make contributions to the advance society.  Although it presents a very romantic and idyllic image of hunter- gatherer life, it does illustrate the harshness with which a technologically advanced people tread on primitive backwards people.  Dances with Wolves isn’t unique in this theme, for the later hit movie “Avatar” also portrays the plight of a lesser technological people when meeting a more advance people with the same result as a century ago in America.

The Emerald Forest is another such movie that comes to mind, this one dealing with the natives of the Amazon forest having to confront the modern world. While popular culture has come to view the displacement of the Native Americans as a single unique tragedy in human history, in reality, it’s happened before the Native Americans and after, indeed it continues today with Isis, Taliban and Al-Qaeda.

Technology continues to advance exponentially by doubling every fifteen years.  To better illustrate this growth, if you were to take the growth rate of technology in 1855, when so many of the technologies we enjoy today were coming into being, and it was to grow at a constant linear rate, it would take a little over 25,000 years to reach the level of today’s technology.  It would be the year 27,376 AD to reach the technology of today, the year 2016.  That’s exponential growth!

The trouble is– the millenniums … and most Americans for that matter, who haven’t personally advanced anywhere near that amount.  Indeed, most are somewhere in the nineteenth century– at best!  In 1903 (which for linear growth of technology would have been the year 1978), the Wright brothers archived the first heavier than air, powered flight of a man, their only formal education being high school.  But at best, and a lot of the academic test scores say different, the high school student of today is no better educated than 1903.  The net result is so many Americans are less and less prepared for the modern technologically based society they live in. Like the Indians of “Dances with Wolves”, many Americans are a primitive people unable to make any substantive contributions to our society as typified by the 20% to 25% college graduates who are under or unemployed.

With the first oil crisis in 1973, the shrinking manufacture sector suddenly crumbled into the “rust belt” as manufacturing fled American shores for foreign opportunities.  Suddenly, large numbers of highly skilled people (mostly older) where made obsolete to be tossed onto the scrape heap of humanity.  Faced with this dilemma the government decided that the service economy (hyper-consumerism) was the wave of the future and the answer to obsolete people. American’s value to society would be as consumers supporting other consumers, who in turn would support other consumers.  The need to create real material wealth was now obsolete and no longer needed.  With that, the need for the young to advance technologically came to a stand still, where it remains today.  After all, if all you’re going to just be a consumer working to support consumerism, why would you need to think and understand?  Why would you need or desire to understand the world you live in?  But yet, in order to make substantive contributions to society, these abilities are exactly what a person must have.

With World War II, Americans worked long and hard together to create a new economy to defeat the Axis forces, which after winning the war they continued building and shaping the world we now live in.  That is, until my generation came of age with rebellion against the establishment and our counterculture movement with all its idealism, which soon faded.  That sprit of building and advancing just faded away to be replaced with people only wanting to make money to buy the illusion they have value and worth.  The hyper-consumerism economy of the new America.

The fatal flaw with hyper-consumerism is it must have lots of cheap plentiful resources, in particular the oil as we saw with the 2007 spike in oil prices, in order to survive.

Today’s millenniums find themselves like a polar bear far out to sea on an ice float as it drifts south with the warm waters of technology eroding their little world until they are left to drown. The question is will all these millenniums placidly sink into oblivion, or will a few resist being displaced by a technological advanced people like the Native Americans in Dances with Wolves or the Navis in Avatar?

Will they too choose the hopeless struggle, even knowing the hopelessness of their resistance and the finality of the outcome?  Will they too suffer through the trials and tribulations of conflict to be left with virtually nothing? And if they do choose resistance, will they someday also have their own Dances with Wolves movie in testament and tribute to their lost world.

And if you don’t think technology displacement is a problem, then just watch the school teachers.  In ten years they will all be gone!