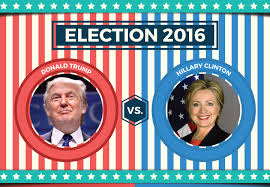 3 expert analysts predict a Trump victory tonight for the 2016 Presidential Election is under way.

The first comes from Political Science Director @ Stony Brook University (SUNY) Dr. Helmut Norpoth. I interviewed Dr. Norpoth ( who has been on Fox News) for the EFR Podcast. I interviewed him on Nov. 7, 2016 (Monday), so he  could give insight to our listenership, about the elections.

Sidenote: The interview we did with Dr. Norpoth, will be posted on this site and Souncloud later this evening.

The other professor who has had 30 years of predicting presidential elections correctly is Professor Allan Lichtman of American University. He has been on various media publications (CBS, The Hill, such as that Trump will prevail victorious and he has stood by this prediction till this day; though many media outlets have since indicated he has doubled down on this prediction.

Lastly the third presidential prediction analyst is writer David Lauter, the LA Times Washington Bureau Chief. His model from the USC/LA Times “DayBreak” Tracking Poll has Donald Trump winning tonight’s election by 2%-2.5%,  approx 46.8%-43.6% Trump over Clinton by tonight’s end. He has been polling since the summer and has indicated that his model will forge a Trump win and is anticipating what the results will conclude.

One thing is for sure tonight, we either will have the first ever woman president of the United States, or the first political outsider who has never ran in politics and happens to be a real estate mogul/tycoon.

Tonight by 12am midnight or before then we shall see. -SB